Dr. Kissack received his Bachelor of Science and Doctor of Optometry degrees from the Southern California College of Optometry in 1967. His professional career began with two years of military service as an Army Captain in the eye clinic in Albuquerque, New Mexico. He then practiced in a very successful partnership practice in Clovis, New Mexico for six years.

At his own private practice – Four Corners EyeCare and Four Corners Optical – here in Honeoye Falls he consults and does clinical investigations with many contact lens and solution manufacturers. He holds licenses to practice in California, New Mexico and New York State. In New York, Dr. Kissack is licensed to diagnose and write prescription eye drops/drugs (DPA and TPA Certification).

His professional affiliations include memberships in the American Optometric Association, a fellow of the American Academy of Optometry and various section memberships. Dr. Kissack has authored several articles and lectured at professional meetings throughout North America, Europe, Australia and Japan.

Previously, Dr. Kissack was Director of the Bausch & Lomb Soflens Research Clinic and Director of the Clinical and Research Services at CooperVision, Inc. His 35 years of experience in Research and Development in the contact lens field has brought him into almost every aspect of that industry. 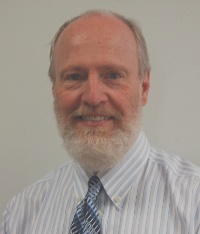